Founded on March 17, 1975, the Town of Beaver Cove is among Maine’s smallest and most beautiful communities. It is located six miles North of Greenville on the eastern side of Moosehead Lake. It spans an area from Moosehead Lake to the Pleasant River and from Beaver Creek to Mud Cove. Some camps along the shores of what is now Black Point Road have been around since the 1920’s. Long before there were roads to access the area, hardy residents would tow their small camps across Moosehead Lake from Burnt Jacket Mountain and Bolton Cove in the winter time onto the Beaver Cove shoreline. Before the town organized, the Huber Lumber Corporation was a major part of the township’s existence. 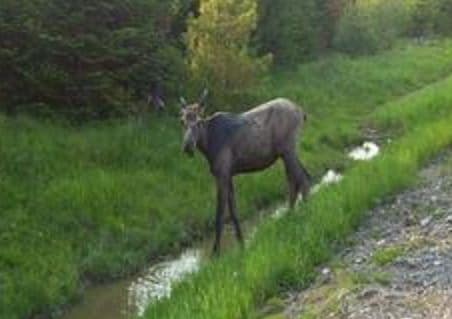 Beaver Cove was a designer community of the Huber Lumber Corporation. Some original lots along what is now Black Point Road were originally mapped in the late 1950’s. Huber designed the community to have a little bit of everything and plotted out the original lots after soil testing. Condos were set up near where the marina is located today, smaller lots were created in the Village Circle area, and larger lots were plotted out on North Ridge and Black Point Roads. The community was set up to provide a something to fit every taste. Large lots were plotted out to compensate for having less desirable non-waterfront land. Huber set up two associations for the purposes of controlling and maintaining public lands and beaches. These organizations are called the Beaver Cove Association and the North Ridge Association. Huber also owned what is now the Beaver Cove Marina and associated buildings. The main red marina office was originally designed by Huber to be a community house. Difficult economic times during the 1970’s resulted in Huber still having half their lots unsold. Much of this unsold land was given to the associations as common land/greenbelt, giving added benefits for the residents. Huber also changed their mind about the marina. It was sold. In 1973, existing lot owners who were able to get their friends or families to purchase land in the community were rewarded with their choice of a color television or birch bark canoe. The Huber Corporation even had Directors in the association boards up until till the 1980’s. When purchasing property in Beaver Cove, you can find out if you are in an association by checking with your realtor, reviewing the covenants or speaking to town officials. The two associations are separate entities from the Town, and require annual dues of their memberships.

On March 17, 1975, the community had a meeting to organize into a plantation named Beaver Cove. Town officials, constables and employees such as the Town Clerk and Tax Collector were all elected into office. This was the first step towards becoming a town. Support grew towards township, as residents did not have total control over their community. Piscataquis County was was still in control of various town functions. On January 3, 1978, the Plantation of Beaver Cove held a meeting where residents voted to incorporate into the Town of Beaver Cove. On January 31, 1978, the Maine Legislature officially designated Beaver Cove Plantation as the Town of Beaver Cove. On March 30, 1978, the first Town Meeting was held and Town Officials were elected into office. The Town Clerk and Tax Collector positions were still elected positions until the mid 1980’s. This history is a brief summary of the actual history of the town. Meeting minutes are preserved at the Town Office for the general public to view during normal hours of operation. Special thanks to Rogers Woolston and Richard Mangan for their support in the creation of this summary.